American Bully breed is a victim of misunderstanding and a wrongful association with American Pit Bulls. American Bullies are one of the friendliest, most gentle-hearted breeds you will find. It is a well-rounded, reliable, trustworthy and ideal family companion. The American Bully is a happy, outgoing, stable and confident dog. Gentle and loving towards people. Good-natured, amusing, extremely loyal and an affectionate family pet. Almost always obedient, this dog wants nothing more than to please its master.

American Bullies are extremely courageous and intelligent guard dog that is very full of life. This breed possesses the loyalty and stability of the American Pit Bull Terrier while retaining the sociable, amiable, and outgoing temperament of the American Staffordshire Terrier. This unique breed is noted for displaying extreme tolerance with children and an overwhelming eagerness to please its family. Confident, yet not aggressive, this breed possesses a very pleasant temperament.

Physically, the American Bully has an impressive, athletic build, which is both muscular and defined, and displays strength and agility. The breed is versatile and capable of accomplishing a wide variety of tasks.

American Bully was primarily created from the American Pit Bull Terrier and the American Staffordshire Terrier, although crossing was made also with English Bulldog, Staffordshire Bull Terrier. The breed was not developed primarily by one person or one breeding program, but rather dozens and perhaps hundreds of breeders across the United States without a clear standard or goal in mind.

Despite this lack of standard, the huge diversity of sizes, appearance, coat colors and patterns of the breed, the American Bully is now recognized as a breed.  It is also one of the fastest growing breeds in terms of popularity. 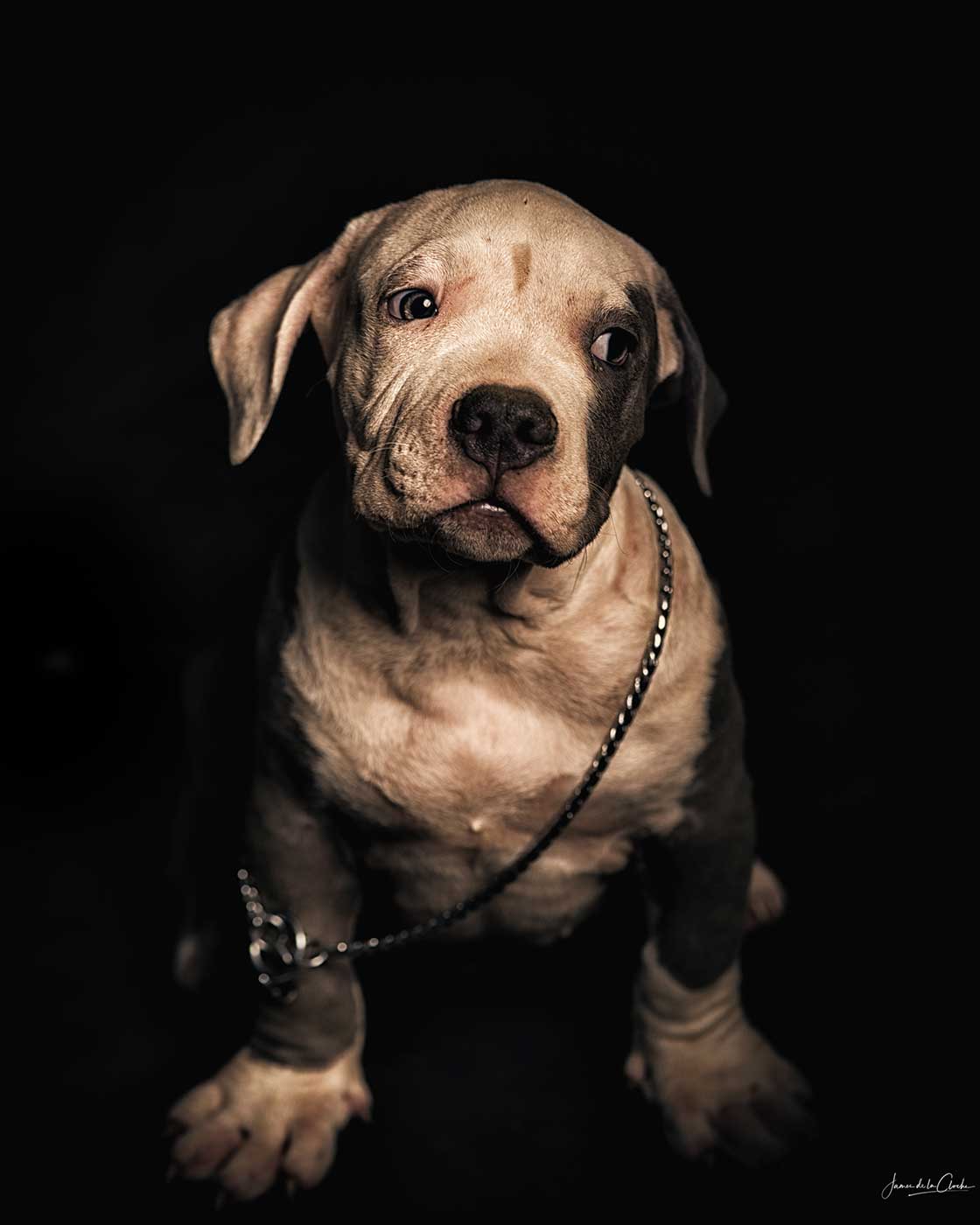